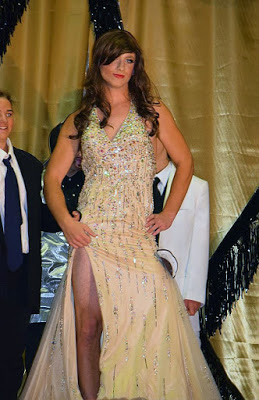 Awhile back, I posted Starla’s theory regarding her reasoning for the existence and popularity of womanless beauty pageants. In light of Tuesday’s post and the on-going interest in womanless events, I thought it apropos to rerun Starla’s post for anyone who might have missed it.

Those of you who have followed S’s blog for any length of time know that she shares my obsession with “civilian” womanless beauty pageants. It has been fascinating for me to seek out and discover many of these increasingly elaborate events as they have evolved over the last few years.What has fascinated and intrigued me is that in recent years, the vast majority of the most elaborate and “realistic” pageants (in which the goal is to faithfully mimic girls and not to make fun of them with grotesque parodies), especially at the high school and middle school levels (and even occasionally elementary school), tend to take place in just two states: Alabama and Mississippi.
Yes, in two of the most religious and conservative states in the union, where gays and trans people encounter hostility and harsh judgment, people seem willing and eager to parade their tween and teen sons on a stage in up-to-date gowns, excellent wigs or natural hairstyles, perfect makeup, and high heels, and revel in the event. 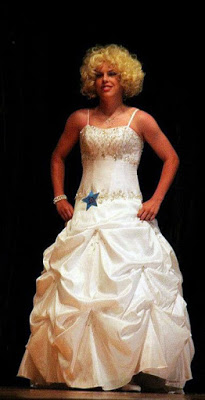 Yet the cruel irony is that if any of those same young boys came home one day and announced that they were trans and want to actually become girls, those same parents would probably be horrified!

From a purely geographic standpoint, it’s not hard to imagine this phenomenon being concentrated in certain areas. After all, it’s not unusual for any school fundraising or spirit building event to spread from school to nearby school. In this case, it’s also telling that while womanless pageants are held throughout the South, the few really top-notch and realistic events outside of Alabama and Mississippi tend to take place in border areas adjacent to those states.

A good example is the annual pageant held at Ernest Ward Middle School, which is in the extreme northwest panhandle of Florida, just a few miles from the Alabama border. (Here in Florida, we tend to say that culturally, everything north of Gainesville is really Georgia and everything west of Tallahassee is really Alabama!)

The degree of attention to detail and realism in some of these pageants is remarkable. One recently discovered Missievent (in Kozciu) had a dress shop owner bragging on her Facebook page that she had supplied dresses to four of the young male entrants in a local pageant (including her own 14-year-old son who, she proudly announced, had won the pageant). No thrift shop bargains or hand-me-downs – these were current fashions.

In many womanless events elsewhere, footwear tends to be male shoes, flip-flops, or bare feet. In these Deep South pageants, the boys almost uniformly wear stylish high heels and, judging from the ease with which they walk in them, they have practiced in them for some time. We’re talking about 3-to-4 inch heels on some of these! How many 12 to 16-year-old boys do you know who can walk gracefully in heels? 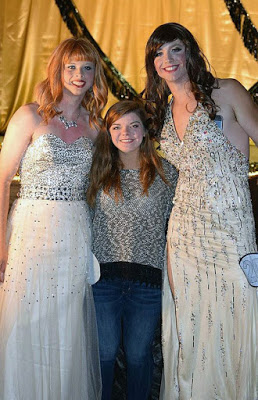 Makeup is done lavishly and professionally – one tween boy in an Alabama pageant looked like he had gotten a full M•A•C makeover. Nails are almost always painted – some even wear fake nails. A few of the pictures I’ve found show boys in open-toed shoes and it is apparent that their toenails have also been nicely painted. (This is the sort of obsessive detail that most audience members wouldn’t even be able to see from their vantage point.)

The outfits are nicely accessorized with earrings, necklaces, bracelets, even rings. Not grandma’s old junk jewelry – stuff that would look right at home on any female pageant contestant.
And the parents – these same parents who trash Caitlyn Jenner on their Twitter feeds or fight to keep transgender students from using gender-appropriate bathrooms (if they allow trans kids at all in their schools), or encourage county clerks to ignore the SCOTUS ruling and refuse marriage licenses to gay couples, nevertheless revel proudly (and often, not ironically or jokingly) in their son winning or placing high in a womanless event. They will brag on how pretty their son looked and how they looked totally feminine. While simultaneously, their Facebook accounts feature hunting trips, NASCAR, scripture quotations, and proud, defiant and conspicuous display of the rebel flag.
Men’s G String Briefs sexy Lace Thongs Sissy Pouch Panties Crossdress Underwear 50%OFF

Tranform yourself when you step into our perfectly lace Sexy Crossdress Panties, made especially with transwomen and crossdressers in mind.
What’s going on here?
Well, maybe they truly see no irony. For them, dressing in drag for a womanless pageant is a fun frolic, a tradition, an innocent pastime having no relation to those heathen LGBT folks. It’s even a sort of rite of passage – I’ve seen more than one parent or grandparent congratulate their young’un on his “first” womanless pageant. 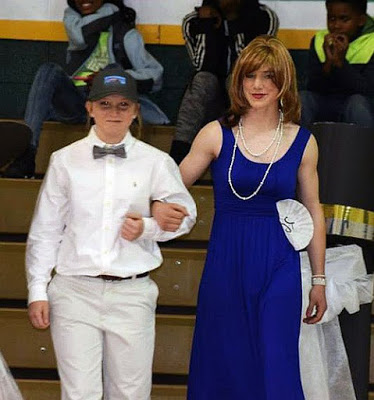 But the lengths to which they take these things! I’ve corresponded with a fellow womanless beauty pageant enthusiast who has even attended some of these events and talked to some of the parents. Believe it or not, in the most extreme examples, they have worked for weeks on finding the perfect dress, experimenting with makeup, and drilling their son in pageant deportment. This is not something they throw together two days before the event – this is serious business to many!
I strongly suspect that many of the mothers who go all-out for these events are established “pageant Moms” who have daughters who compete. Then when it’s Johnny’s turn to be “prettied up,” they just apply the same level of intensity and attention to detail to their boys as they do to their girls.
Or they may be “wannabes” – I’ve noted a few cases in which a Mom freely admitted that they had no daughters and despaired of ever having the fun of preparing their kin for a pageant – until their son’s school held such an event and they were able to lavish their machinations on him! Beauty pageants, especially child pageants are big in the Deep South – it should perhaps not be surprising that much of this enthusiasm and borderline fanaticism spills over into the womanless pageant world.
As for the realism of the femulations, that, too, may be explainable. 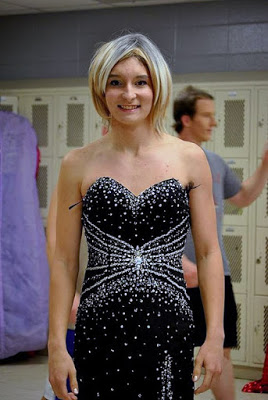 Traditionally, the South has viewed their girls and women with an inordinate degree of chivalry, seeing them as precious gems to be honored and celebrated for their femininity. To lampoon girls in a womanless pageant with an exaggerated and homely burlesque of the “fairer sex” would be anathema to them. If their boys are going to portray girls for an evening, they will do so in a way that honors and celebrates their beauty and special status.
What about the young men and boys who don female garb for these events? Well, in the region in question, they seem to enjoy the experience for the most part. This doesn’t necessarily signify anything profound. Dressing up for a womanless pageant is not going to turn a boy trans, though it may help to confirm and solidify an existing propensity or desire to crossdress in someone who’s already wired that way and provides a safe and fun way to indulge those stirrings in a socially acceptable context.

However one theorizes about this phenomenon, it is a fascinating window on the unique and contradictory culture of Dixie! 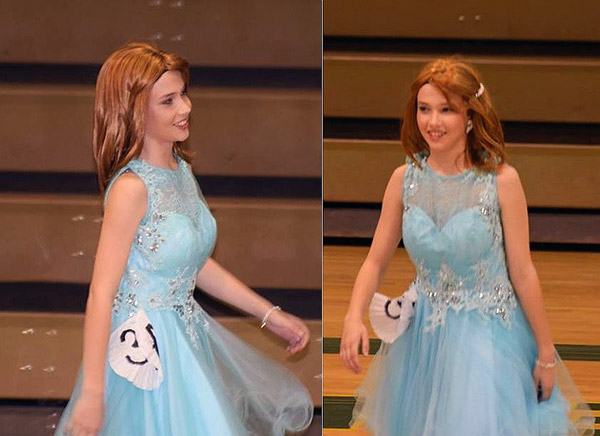 A contestant in a recent womanless beauty pageant.