Crossdressing fiction on the fly 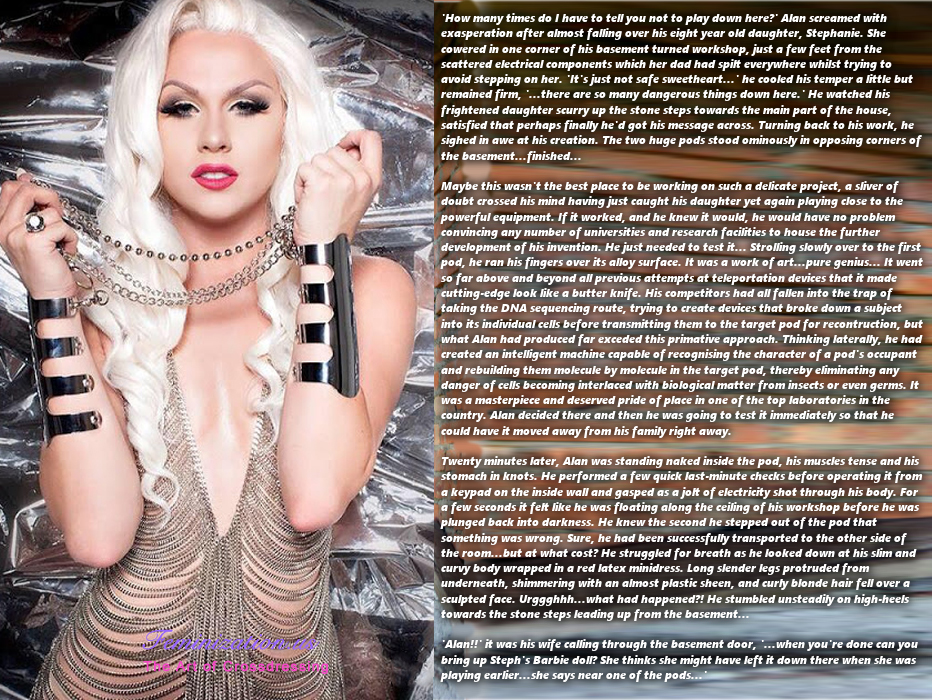 How many times do I have to tell you not to play down here?‘ Alan screamed with exasperation after almost falling over his eight year old daughter, Stephanie. She
cowered in one corner of his basement turned workshop, just a few feet from the
scattered electrical components which her dad had spilt everywhere whilst trying to
avoid stepping on her. ‘It ‘s just not safe sweetheart… ‘ he cooled his temper a little but
remained firm, ‘…there are so many dangerous things down here. ‘ He watch his
frightened daughter scurry up the stone steps to wards the main part of the house,
satisfied that perhaps finally he ‘d got his message across. Turning back to his work, he
sighed in awe at his creation. The two huge pods stood ominously in opposing corners of
the basement…finished…

May glis wosn’t the best place to be working on such a delicate project, a sliver of
doubtcrossedhismindhavingjustcaughthisdaughteryetagainphyingcloseto the
powerful equipment. lf it worked, and he knew it would, he would have no problem
convincing any number of universities and research facilities to house the further
development of his invention. l-le just needed to test it..”. Strolling slowly over to the first
opod, he ran his fingers over its alloy surface. lt was a work of art…pure genius; It went
so far above and beyond all previous attempts at teleportation devices that it made k
cutting-edge look like a butter knife: His competitors and a falen into the trap of
taking the DNA sequencing route, trying to create devices that broke down a subject
into its individual cefls before transmitting them to the target pod for recontruction, but
what Alan had produced far exceded this primative approach. Thinking later aky, he had
createdan inteligent machine capable of recognising the character of a pod’s occupant
and rebuiding them molecule by molecule in the target pod, thereby eliminating any
danger of cells becoming interlaced with biological matter from insects or even germs. lt
nsamasterpieceandde served pride of ploce it one of the top labo ratories in the
country. Alan decided there and then he was going to test it immediatey so that he :a‘
could have it moved a way from his family right awoy. 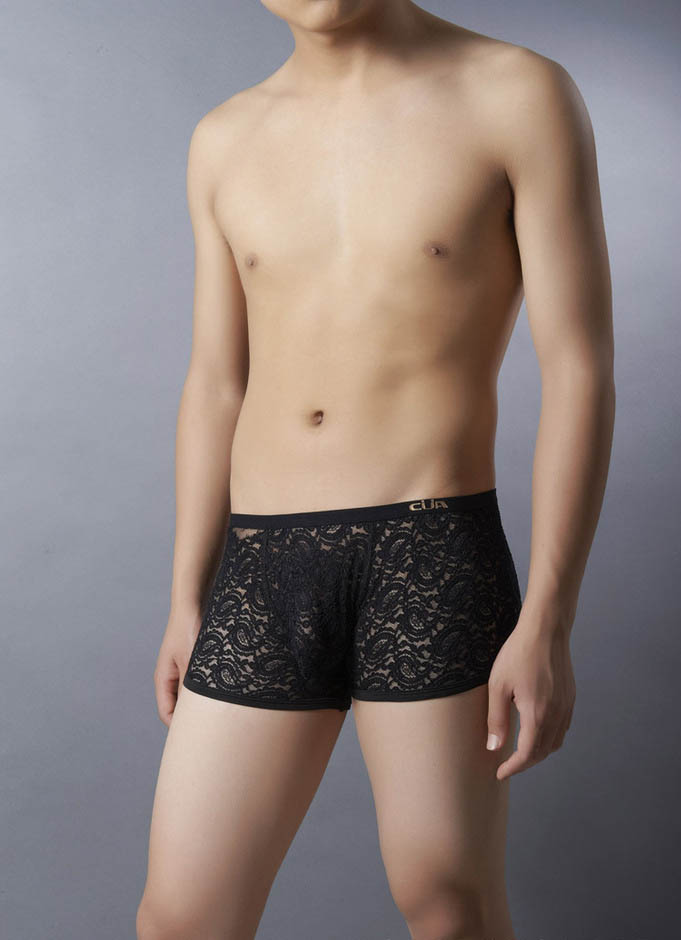 Tranform yourself when you step into our perfectly lace Sexy Crossdress Panties, made especially with transwomen and crossdressers in mind.
Twenty mimrtes later, Alan wos standing naked inside the pod, his muscles tense and his
stomach in knots. He performed a few quick last-minute checks before operating it from
akeypadon the inside wolandgaspedasajolt ofelectricityshot through his body. For
1! few seconds it felt like he was floating aking the ceiling of his workshop before he wos
pkrnged back into darkness. He knew the second he stepped out of the pod that
something was wrong. Sure, he had been successfully transported to the other side of
the room…but at what cost? He struggled for breath as he looked down at his slim and
curvy body wrapped in a red latex mini dress. Long slender legs protruded from
underneath, shimmering with an almost plastic sheen, and curly blonde hair fen over a
sculpted face. Urggghhh. . . what had happened?! He stumbled unstead fly a? mmn
wards the stone steps leading up from the basement. 7
lllan… it wos his wife caning through the basement door, ‘…when you’re done can you
bring up Steph ‘5 Barbie doll? She thinks she might have left it down there when she was
playing earier..she says near one of the pods-3‘